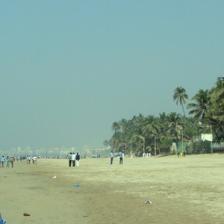 Just married, our member, Ms K. Banerjee, went to Mumbai with her husband in the late 60s.
Her initial fears were soon overcome, thanks to the welcome that other Bengali residents of
Mumbai gave her. She was overwhelmed by their hospitality and camaraderie, being asked to
stay over for meals when she and her husband visited them; sharing whatever the family was
having for meals; nothing elaborate. “We even had bread with mutton jhol! It is their love and
affection that I miss the most even today.”

The couple first stayed at Chembur and then shifted to Saat Bangla, a neighbourhood of
Versova, Andheri. Saat Bangla probably got its name from its seven bungalows owned by then
Maharaja of Gwalior. The sea beach was just a few minutes walk from their house, which they
bought later. The beach was not as congested then. They were a few horse-driven carriages, an
attraction for tourists, and a few shops.

It was a special locality with Om Puri, Dipti Naval and other film stars as their neighbours. There
were other stars and celebrities whom they often met in the shops. She started working at a
departmental store as a stock manager. She remembers Tabu visiting the store and a member
of the staff staring at the star, instead of helping her with her stock counting. It needed a
reprimand from her to get the attention back!

They were the part of one of the oldest Durga pujas at Shivaji Park in Dadar. The pujas outside
Kolkata are different. They were not as jazzy as the Kolkata pujas were but the involvement and
dedication seemed deeper. “Everyone had a feel of Barir pujo (private Durga puja at
one’s home)”. The immersion took place at the Juhu beach, which was very clean then. There
were not as many hotels and shops except for the Sun and Sand Hotel, visible from the beach.
She also went inside the otherwise protected Bhabha Atomic Research Centre (BARC) because
they had a relative there. She exclaimed: “Can you imagine, I have seen Gamma Reactor?”
They finally returned to Kolkata to settle down here amidst their relatives but still misses
Mumbai and the lifestyle there during the sixties and seventies.