Earning Love & Respect for Being an Indian

Our member, Ms Indrani Goswami, describes to Mousumi Gupta her heart-touching experiences of dealing with India-related queries from some incredible people she met during her travels to various countries.

“If anyone asks me which country I would like to revisit, I would surely say Greece,” said Ms Goswami. Asked why, she replied: “Because of its ancient historic sites and scenic places and specially the warm-hearted people.”

Elucidating the itinerary, she said: “We were on a tour of three islands-Poros, Aegina and Hydra. All the islands have their own charm and beauty, but I remember one incident during this tour.”

“We were walking along a road full of fascinating souvenir stores when I noticed a young man in his twenties persistently looking at me. I thought as I was wearing a silk saree, bindi and gold bangles, he was interested in the uncommon attire. When I walked up to that boy, he adorably said: ‘I have always wanted to marry an Indian princess and now after meeting you, I am convinced that I will definitely do that one day.’”

“I was pleasantly shocked, but immediately asked him, “Okay, but why do you think that an Indian princess will agree to marry you?” He wasn’t prepared for this but after thinking a bit, he replied, “Look, my country is so beautiful!” I told him: “Have you ever been to India, which is also a very beautiful country?”

And I added: “If you really want to marry an Indian princess, you should take a month’s holiday so that you could visit some parts of our country and see how beautiful it is! And that was his time to get amazed!”

Another incident I can recollect is during my tour to Austria, one of my husband’s Austrian colleagues took me to a huge strawberry farm. An expressionless lady was sitting in a kiosk at the entrance, who handed over a basket and said: “You can have as much as you can, but if you pick strawberries in the basket, you have to pay.”

“When I was engrossed in hunting through the patches to find the perfect strawberries and relishing the juicy fruit, few people around me were speaking with my Austrian friend and asking why she didn’t inform them that an Indian was going to visit this garden, else they would have informed the press and have some photographs clicked! I was so embarrassed but that was the love and inquisitiveness about our country which made me feel really proud,” said Ms Goswami. 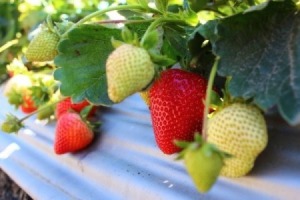