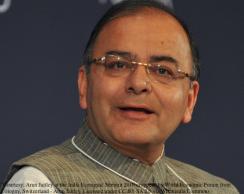 While announcing the Budget for the year 2015-16, the Finance Minister Arun Jaitley noted that India is a country that has a senior citizen population of 10.5 crore and since we are a nation that respects its elders, we must be proactive in taking care of them in the best possible manner. He therefore announced quite a few benefits for the elderly.

In this day and age when healthcare costs are increasing every day, the FM has made things a tad bit easier for senior citizens by enhancing tax deduction limits on the premium paid for their medical policies. The premium paid for the health insurance policies of seniors is eligible for deduction under Section 80D; earlier the limit was Rs 20,000 per annum (p.a), the FM has announced that this limit will now be increased to Rs 30,000 p.a. This exceeded market expectations as the market had pegged the limit to be increased to Rs 25,000.

For very senior citizens too (aged 80 years and above), who are not eligible to avail of any health insurance plan, the FM announced that a deduction of Rs 30,000 p.a could be availed of towards the expenses one made towards their healthcare needs. Certain diseases, such as cancer or any other serious ailments, mean higher costs. Up until now the total amount deducted from one’s Gross Total Income for the treatment of such diseases was a maximum of Rs 60,000 annually. This limit has been raised to Rs 80,000 annually.

There is also good news for seniors who are looking at investing in a pension scheme. In the previous budget, the NDA Government had announced the revival of the Varishta Pension Bima Yojana, a scheme it had introduced in its last term in office.

The objective of this scheme was to provide a social security blanket for senior citizens by way of a subsidised pension scheme that would give assured returns in the range of 9-9.38%. LIC of India has been given the sole privilege of handling this scheme. To make this scheme further attractive for seniors, the FM has now exempted this scheme from the service tax (3.09%) that it had been attracting so far.

The other significant announcement that the FM made was with regard to the setting up of a Senior Citizens Welfare Fund that will be constituted from the Rs 9000 crore lying unclaimed in the Public Provident Fund (PPF) and Employee Provident Fund (EPF) accounts.

Shifali Unmatt, founder and CEO of Funds Vedaa, a boutique portfolio management firm, says that these moves are in the “right direction” and though the tax liabilities being reduced on health insurance premiums is a good move, the creation of a Senior Citizen welfare fund out of funds in the EPF and PPF account “will spell trouble for many legitimate claimtants and their heirs at a later date.” Having said that, it cannot be denied that the FM has gone out of his way to acknowledge the needs of senior citizens and that is indeed a heartening move.