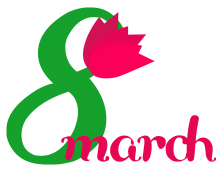 This Women’s Day, let’s celebrate the lives of some of our exceptional members, who have dared to break the shackles of convention and managed to create a niche of their own.

Mrs Uma Ahmad embodies all the elements which probably one needs to be a true woman of substance. With the freedom struggle and a chance encounter with the Mahatma sowing the seeds of fighting for human rights in the young Uma, no wonder she emerged as one of its staunchest champions.

This Women’s Day, we celebrate our member Mrs Ahmad’s life, which she tries to encapsulate in a tête-à-tête with Mousumi Gupta.

Tracing her roots, Mrs Ahmad said: “My father was the head of the Geological Survey of undivided India, which was then under colonial rule. We first settled in Calcutta and then in Lahore. But we were forced to rush back to Calcutta in 1947 at the time of Partition. I secured admission in Loreto House, where I used to study before leaving for Lahore.”

Detailing her role in the freedom struggle, she said: “I must have been around 13 or 14 years old, when I joined a few others in publicly burning silk garments as a mark of protest against the British rule. In our school years, we even mustered the courage to cut our fingers with the divider in the geometry box and apply tilak in blood on our foreheads. We used to raise anti-British slogans too.”

“Though my father used to work with the British, we never feared to protest against the colonial rule. Nor did he forbid us from doing so.”

“The khadi we used to wear those days was much coarse than what we get now. Though it was a bit uncomfortable on the skin, it didn’t bother us.”

But the one fact which makes Mrs Ahmad feel most proud about school life was that theirs was the first Loreto batch to hoist the Tricolour at their school right after Independence.

She has fond recollections of her chance encounter with Mahatma Gandhi at her uncle’s (who was a freedom fighter) residence in Lahore. “There was a regular radio programme in the 4pm slot, which used to broadcast some of Gandhiji’s awe-inspiring speeches. All of us used to stay glued to the radio then.”

Mrs Ahmad completed her studies from Loreto College and served there as a teacher for several years. She went on to become the first woman member of the West Bengal Human Rights Commission (WBHRC) when it was formed in 1995 under the chairmanship of then Chief Justice Chittatosh Mookerjee of the Calcutta High Court.

Several important decisions were taken during her five-year tenure at the WBHRC. “There were allegations of prisoners being treated badly. I summoned a woman prison-in-charge and asked her to submit complaints from the jail inmates,” said Mrs Ahmad grimly.

“I could effectively manage to limit the tenure of jail guards to 3 years from almost a permanent one. It was a means to prevent them from exploiting the prison inmates.”

On another occasion, Mrs Ahmad helped rescue a few children from the clutches of people involved in human trafficking.

Mrs Ahmad was associated with different schools in Kolkata as their board member. Till a few years back, she remained active through her association with running the trained teacher’s certificate course (TTC) at a prominent college in Kolkata. Other than providing training programmes, Mrs Ahmad would tell the teachers there about the importance of women’s role in shaping the society.