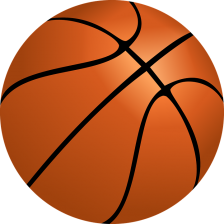 This Women’s Day, let’s celebrate the lives of some exceptional women, who have dared to break the shackles of convention and managed to create a niche of their own.

One of our directors, Ms Susmita Ghose, shares with Anujit Mitter how she charted her life’s journey from the school basketball team to captaining the National Basketball Championship winning team to her long career in social service.

In 1968, Ms Ghose took up basketball at age 12 while studying in Loreto House, Kolkata, which had unarguably the best basketball team on the school circuit then under the able guidance of coach Ramnath. She picked up the game so well that she was soon donning the school games captain’s cap.

“We were visiting Delhi once, when we challenged Ramnath to take us to Rashtrapati Bhavan to prove his claim of being related to the then President of India. And Ramnath indeed took to Raisina Hill for tea,” Ms Ghose reminisces, with a twinkle in her eye.

Excelling in the All India School Games in Hyderabad in 1970, captaining the school team in the West Bengal Juniors in 1971 — all these make up fond memories for Ms Ghose. “My performance in the handicapped billiards at Saturday Club, Kolkata, in 1970-71, is also close to my heart.” Next, Ms Ghose bagged a seat in psychology honours in Indraprastha College under Delhi University in 1972. “My sports background did come handy in my admission though.”

In between, Ms Ghose also forayed into swimming, running and javelin throwing.

Immediately after she completed her masters in psychology from Delhi University, Ms Ghose got married in 1978 and her banker father advised her to give up the chance of joining the Indian Institute of Management, Joka, in Kolkata.

Ms Ghose had joined HelpAge International first in 1977 and then travelled across the length and breadth of the country the next 40 years for HelpAge India (established 1978), nurturing it and taking it right to the top as the national director before retiring in 2017. She was also the national director of SAVE (Student Action for Value Education), a wing of Help Age India Foundation, Kolkata.

At 60, Ms Ghose began a fresh innings of her life at Support Elders and continues to guide the organisation with the invaluable experience she has gathered over the years.