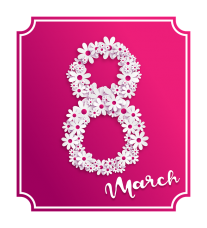 This Women’s Day, let’s celebrate the lives of some of our exceptional women members, who have dared to break the shackles of convention and managed to create a niche of their own.

Ms Sandhya De shares her journey — from aspiring to do something for the society to hindrances from various sources and then establishing it as a powerful organisation — with Mousumi Gupta.

During her stay in Kharagpur as the spouse of an IIT faculty, Support Elders member Mrs Sandhya De, along with a few like-minded people, started a charitable organisation for the families of sweepers and office assistants working in IIT-KGP.

Everyday, the women, including Mrs De, sat down for a round of carefree adda (chit-chat) once their husbands and children left home. During these sessions, the women hit upon the idea to give something back to the society with belief in the adage “charity begins at home

“So, we decided to pitch in with our savings and visit the housing quarters of domestic helps and Grade IV staff, most of whom were Tamil-speaking. The aim was to uplift the underprivileged through educating their children."

“Convincing most weaker section families, where the breadwinners were alcoholics, about the importance of education and sending their children to school was a Herculean task,’ recalled Mrs De. “So, when we started visiting their quarters, the otherwise polite men, who used to work for us, hurled abuses at us. Sometimes the women would gesture us to leave in fear of their husbands who were at home.”

It was not an easy journey for the group. “But it was our sheer determination that we could succeed in bringing some children out of that environment and could fulfil their fundamental right to education.”

“But the clothes and books we gave the children were either torn into pieces or burnt by their fathers. After the mothers were convinced, it became somewhat easier for us to involve more and more children. The small room from where the school started gradually shifted to a larger accommodation, thanks to the local priest who willingly gave us a big room behind the temple,” reminisced Mrs De.

“Once our first aim gave us some hope, we started to think about training women in productive activities, which could augment the family income. The activities included guidance in sewing, stitching, making handicraft and supporting them to sell their products. Within a short time, they started getting interested and became more and more involved.”

“Then, unfortunately, the hindrance came from unexpected quarters. Some of the families of the IIT faculty got upset with us, because their domestic helps grew more interested in stitching than doing household work,” said Mrs De.

“Collection of funds was also a problem. Other than private donations, we had to collect money from local shops or business groups, which was not at all easy for us. But after all the hard work, when we could see some of our students opting for higher studies, it gave us a tremendous sense of pride and satisfaction,” said Mrs De, with a smile.