Missing memories of a lost Kolkata - Ms B. Dasgupta 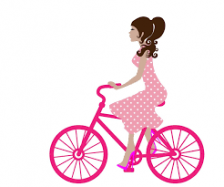 Our member, Ms B. Dasgupta, was born and brought up in Shillong, a quaint hill town that was the capital for composite Assam during the Raj. From the abode of clouds and the land of rolling hills she came to Calcutta after school, for higher education.

The picturesque landscape, fascinating pine trees, waterfalls and greenery around and a climate that suited even the British made for a charming city to grow up in for Ms Dasgupta, now 87. Thanks to the British influence, Shillong had a very ‘westernised’ culture and even girls cycled to school and spoke excellent English though her patents were very particular that she learnt Bengali just as well. “Under the strict supervision of my father I started learning Bengali, after completing my Senior Cambridge examination, I began to learn Bengali at home, tutored by a lady who started by making me write Pakhi shob korey rob, (the birds are chirping aloud), a poem for beginners”. She picked up fast and soon started reading Sarat Chandra Chattopadhyay and Bankim
Chandra Chattopadhyay.

She also had her eyes set on doing geography at Calcutta’s Presidency College. There being no girl’s hostel in Presidency, her father managed to convince the Lady
Brabourne administration to allow her to stay at the Brabourne’s hostel and study geography at Presidency. She could not study in Brabourne because geography was in the arts stream where Bengali was compulsory and she was afraid that her Bengali was not up to Bengal’s exacting standards. Presidency allowed her to study geography with science subjects.

The next obstacle was to convince the hostel administration, which insisted that girls going out be escorted by the hostel security, that she could be trusted to take the tram to Presidency and back. Trams were not crowded and buses had wonderful Punjabi drivers who were very helpful, especially to ladies.

She also had to adjust to the mindsets of her hostel mates that differed from hers: “I took it as a challenge and still believe that every individual must stay in hostel at least for few years just to be adaptable under all circumstances.” Today, she believes that her hostel stay gave her the resilience to deal with all circumstances that life would present. She did extremely well in college, with a 1st class first in geography honours from Calcutta University in 1953. However, she gave up studies after marriage and became a homemaker so that she could look after her family. That was the trend in those days,   something unheard of now!

Over the years, Calcutta has become Kolkata and gone through a massive transformation. She finds nothing the same today; nothing that matches her college day
memories.