Memories of Living in Taipei 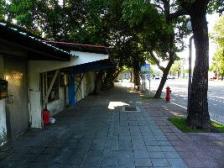 Ms Pushpa Chatterjee’s husband was a scientist in NASA (The National Aeronautics and Space Administration) during the launch of Apollo 15 in 1971. Apollo 15 was the ninth crewed mission in the United States’ Apollo programme, the eighth to be successful, and the fourth to land on the moon.

Her eyes lit up when she spoke about her husband, who had several achievements to his credit. Ms Chatterjee recalled her experiences of staying in different parts of the world.

But the one, which occupies a special corner in her heart, is their stay in Shilin district of Taipei.

“My husband got a chance in mentoring a couple of research students in Shilin district of Taipei after he came back to India. It was a five-year tenure and I accompanied him, because by then our son and daughter had got married and settled in the US.”

“Shilin is a small sleepy hilly town in the suburbs of Taipei, the capital of Taiwan, with its marvellous natural scenery still fresh in my mind. With rain dominating almost nine months a year, we looked forward to sunshine. Language was the major barrier for us there and we had to act and make gestures every time we needed to buy anything from the shops,” reminisced Ms Chatterjee.

“Once to buy sugar, we had to take a glass to the shop and stir the water inside to make them understand,” she said, giggling.

Ms Chatterjee recalled: “But we were astounded to see how hardworking they were, especially the women. There had no helping hands to do the household chores. The women used to go for work with their kids slung from their backs yet climb the hills effortlessly. There were any shopping malls at that time, forcing us to depend on the neighbourhood shops, run out of the residential houses. The male members used to run it mainly but in their absence, the women took over.”

Speaking about Shilin’s beauty, Ms Chatterjee said: “It boasts of many famous scenic spots and historic sites such as Chiang Kai-Shek official residence. I still vividly remember how the guards would stand without blinking their eyes for eight hours in front of Chiang Kai-Shek’s enormous statue. There is a change of guard every eight hours, which is a spectacular sight to watch. The district is home to many museums, including the world famous National Palace Museum.”

Speaking about the local culture, Ms Chatterjee said: “Dragon Dance during the Chinese New year reflects another vibrant side of Taipei. A team of nine performers typically control the dragon, nine being the auspicious number for the Chinese. Each of the vibrant colours depict various things, starting from harvesting to excitement to prosperity.”

“Most people in Shilin or Taipei were lean and thin. They mostly survive on soup and fish. She liked the wanton soup prepared by searing the octopus and squids in hot boiling water with some sizzling. Due to persistent rain, the paddy was short in size and round in shape. Though rice was the staple food for the people there, they never took rice on their menu when they went to a restaurant. They used to have several whole fish dishes (cutting fish is inauspicious in Chinese culture), variety of meat dishes but no rice,” recalled Ms Chatterjee.

“The salubrious weather, friendly and simple people, interesting culture, their joint family set-up everything is still fresh in my mind,” she said.