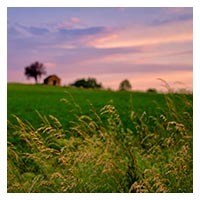 Our member, Mr K. L. Chatterjee, spent his career working in ordnance factories at Ambernath, Maharashtra and others but has never forgotten his village Jhikira, where he was brought up.

On the border of Howrah and Hooghly, at village Jhikra, was the childhood home of our member, Mr K. L. Chatterjee. There was much debate about the curious name and most held that the origin of the name came from the 'jhik', the traditional 'chullha' (clay oven) of the region.

For the child, however, it was the sheer beauty of the place on the bank of the river Mundeswari, a distributary of the Damodar. “The Damodar river and the greenery surrounding the village and the free and relaxing lifestyle was totally different from what we have now. The calm, clean and serene ambiance enveloping the communities helped us to grow,” says Mr Chatterjee. It was a cultured and rather developed village and had a high school even 150 years back. It had brick roads, tube wells for drinking water other than a few big ponds, each with its own name.

There were the palaces, 'rajbaris' of the landed gentry too; of the Koleys and Roys. They awed him with their architectural splendour and sculptured panels that were in line with European mansions, even though the early signs of decay had set in. There were also beautiful terracotta temples, gilded with crafted earth; sophisticated bas-relief work, which attracted people from near and far. The boys from the palaces were his classmates but they never flaunted their wealth, though they were objects of great curiosity for the children at the beginning.

His father and many other men went to the city of Howrah where they worked. The commute meant ferrying across the river that all but dried up every summer. A bamboo pool would be constructed across the river bed, which would get washed away by the monsoon rains, when the Damodar turned fierce.

For the children, these made life interesting. There was, of course, the sheer joy of playing in the open. They needed no luxuries to enjoy life. Resources were limited and children knew how to find fun in the mundane. Higher studies demanded a move from the village but the memories remain etched in a beautiful corner of his mind.

(As told to Support Elders by our member.)