It is a calling! 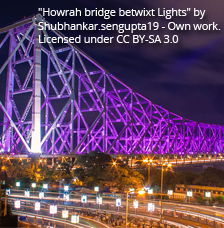 After visiting my sister and me, my father was returning to Kolkata. He was travelling in the Mumbai-Howrah Duronto. He was scheduled to reach at 7.30 pm. I had spoken with him last at 6 pm when he had told me that the train was running on time. I asked him to sms me once he reached Kolkata.

10:30. I had had enough. I had given him enough time to reach home and freshen up. I decided to call. No answer.

11:00. No answer. I called up my sister to enquire if she knew whether my father had reached. Or when had she last spoken to my father. She was equally worried. We decided to keep trying his mobile number and the landline at home.

11:35. My sister calls up to tell me that though he had not taken her call, somehow his mobile phone had got connected and she had heard him talking to a cabbie. I was flushed with relief.

The overwhelming sense of helplessness and the clawing fear gradually ebbed away. I was glad that my father, a senior citizen who lives all by himself and whose ears are gradually failing him, was fine.

My eyes filled with tears of relief as I finally spoke with my father when he called up, after seeing the innumerable missed calls. Like so many other days, how much I had wished that there was somebody in Kolkata whom I could trust, whom I could unhesitatingly ask for help for such a task at such an ungodly hour. I knew it was time to turn our thoughts into reality. It was time for us to revisit the plans we had shelved two years ago. It was time for Support Elders!