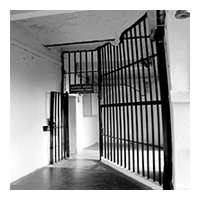 Born in 1938, our member, Mr D. K. Dasgupta, had a very exciting childhood. He was raised in North Kolkata at a time when the city was in the throes of the freedom movement. The Dasguptas had their ancestral house on  Upper Circular Road (now APC Road) just opposite the famous Rammohan Library. Some family members were very close to Netaji Subhas Chandra Bose.
Mr Dasgupta studied at the Mitra Institution Main, central Calcutta and played football with his friends at the local Hrishikesh Park. There was an army havildar, who trained them in parades with dummy rifles and taught them the procedure for a Gun Salute.
There was more. Mr Dasgupta was trained in body building in the gymnasium of the famous Bishnu Charan Ghosh, popularly known as Bistu Ghosh and, over time, got drawn into the freedom movement as many young people of the times were. In any event, members of his family were deeply involved in the struggle for independence.
His maternal uncle was the well-known Bimal Dasgupta, an active member of the then revolutionary organization Bengal Volunteers, led by the famous Dinesh Gupta of Binoy-Badal-Dinesh fame.
Bimal Dasgupta was later sentenced to 12 years in the Andaman Cellular Jail because of his revolutionary activities.