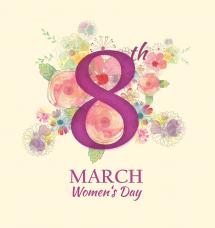 This Women’s Day we are celebrating our member, Mrs Alta Ahmed, and her empathetic contribution to people around her.

Mrs Alta Ahmed is an exceptional woman with an empathising attitude and an eagerness to help the people around her. She was with her husband Mr Kaisar Ahmed in Hong Kong in the early 70s. Since her husband was quite busy with his official assignments and tours, she thought of doing something charitable to keep herself engaged. She joined “The Samaritans” as a volunteer, in Hong Kong. This is a non-profit, non-religious organisation giving confidential emotional support to people who felt at bay in an alien country and culture. Hong Kong was still under British rule at that time, so many British families used to come and stay there. The women often felt lonely and depressed because of the cultural and environmental shock. It was the responsibility of a ‘Samaritan’ volunteer to listen to their needs and give them a feeling of companionship. The opportunity to talk about what they went through and how they felt listener helped them to deal with their problems. Mrs Ahmed helped many such people by giving them her time and attention and acknowledging and respecting their feelings.

After her husband got transferred to the US, she again started searching for a similar kind of engagement, as it had given her immense satisfaction. It was then that she came in contact with an organisation which educated prisoners to enable them to get a job and be a part of mainstream society once they were out of prison. She joined there as a volunteer teacher to the female inmates.

Mrs Ahmed reminisces, “I still remember my first visit to the prison...after handing over all my belongings to the prison guard I entered through the first gate and the gate dropped down with a huge bang. There was only one gate between me and the prisoners then, with some of them being there for something as terrible as murder. But in my very first meeting all my fear dissipated, when I saw how eager and hopeful they were to meet their new teacher—who would help them to learn something and make a life on the other side of the wall.” Twice she brought some of the girls to her house for lunch, with permission from the jail authorities. She said, “I was extremely happy to see how the girls enjoyed a normal family life. My husband helped one of them to get a job and she is happily settled in her life thereafter.”

In Mrs Ahmed’s words “Often people commit crimes because of some unavoidable circumstances, but that doesn’t mean that their right to lead a normal life should be snatched away from them.”

We want to observe this Women’s Day with all the women who have transformed the lives of other women so selflessly.